Being given the choice last semester for the P9 studio «introduction to robotics», lead by P. Morel and F. Agid, to choose a topic related to digital fabrication, Martin Genet and I decided to orient our project around these ideas of kinetics, reactivity and interactivity in the field of materiality.

Establishing a direct link with my thesis «Fabriquer pour concevoir, retour à la matérialité» (Fabricate to Conceive, Back to Materiality), this P9 project aimed at being an applied research focused on materiality, simulation, control and digital fabrication.
With the clear will to get a dynamism embedded within the studied material itself, we quickly recentred our topic on smart materials and decided to investigate the possibilities of Soft Frame Electroactive Polymers (SFEAPs) in the kinetic architectural field.
Electroactive polymers are not new, and their study started in the 1880’s, when the German scientist Wilhelm Roentgen (who discovered X-Rays in 1901) created an experience in order to measure the effect of an electrical current on the mechanical properties of a rubber band. Since the early 1990s, materials scientists and engineers have been developing electroactive polymers for use as sensors, actuators, and artificial muscles.
Necessitating very accurate and sophisticated production methods and tools, we essentially dedicated the P9 semester to mastering the fabrication process of SFEAPs (which was inspired by the one developed for the project “Shape-shift”, resulting from a collaboration between the chair for Computer Aided Architectural Design (ETHZ) and the Swiss Federal Laboratories for Materials Science and Technology (EMPA) ), to the experimentation of new assembly approaches, and to the development of a simulation and control system.
In the continuity of this 6-month project, my master thesis is an experimental research aiming at developing an architectural application of SFEAPs thanks to the knowledge gathered so far.
The starting objectives were divided into four parts :
- Prototyping : Developing the fabrication process of the prototypes including optimization, robotization and automation in order to improve their properties and increase their size.
- Structure : Investigate the possibility of SFEAPs application in structures and mechanisms with the setting-up of a reliable material system.
- Simulation and control : Exploring and defining a digital simulation, control and feedback method enabling the mastering of the prototypes’ kinetics.
- Architectural application : Designing an architectural project that combines the three latter : the full-scale prototype, the structural analysis, its simulation and control. 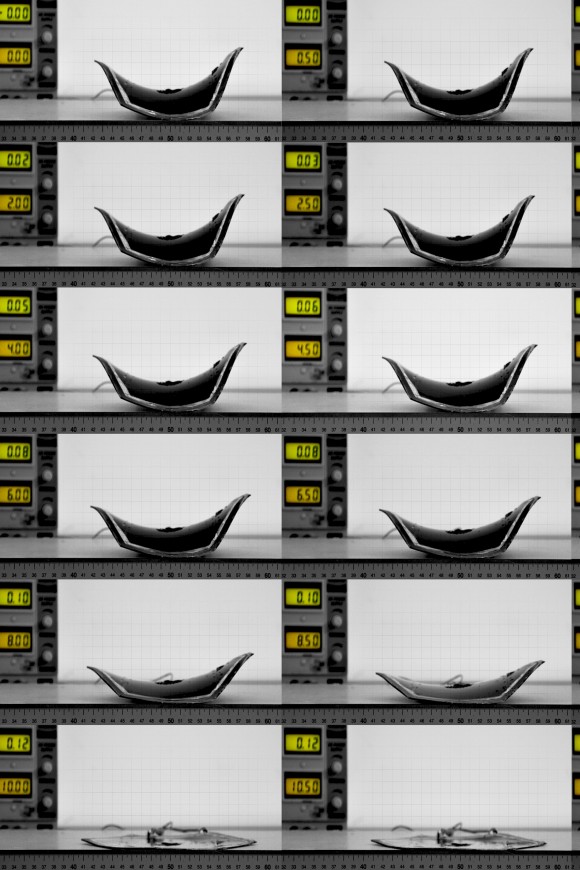 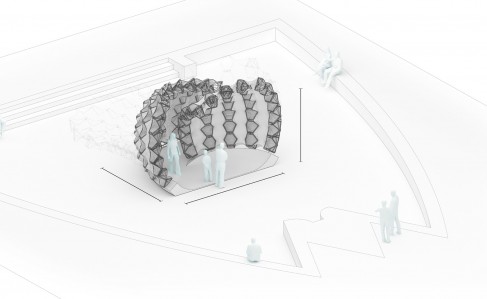 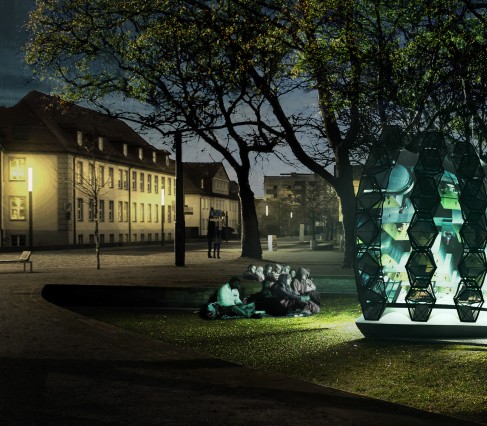 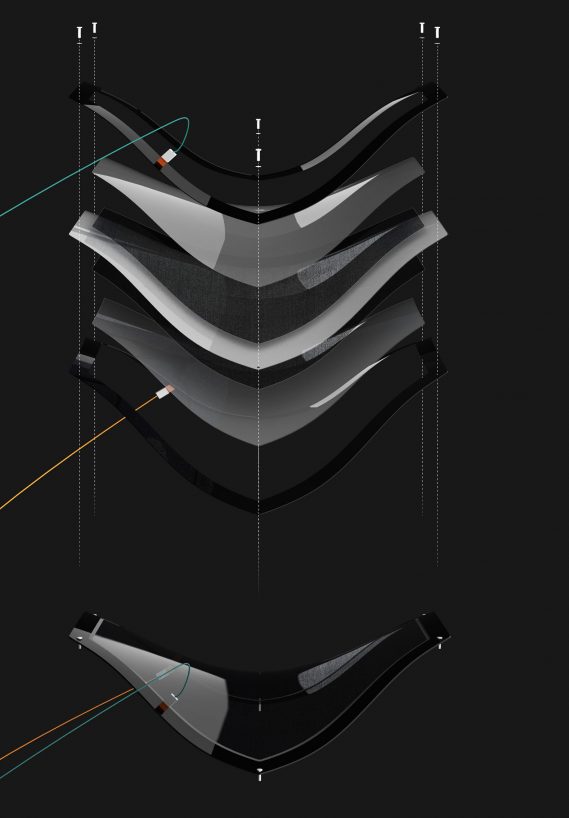 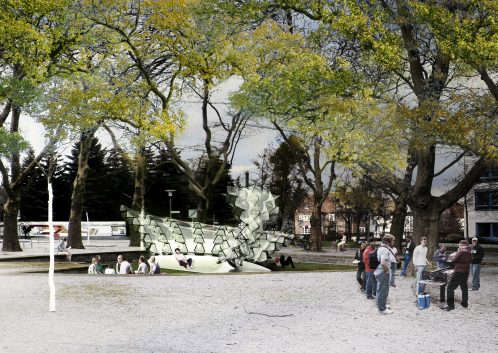 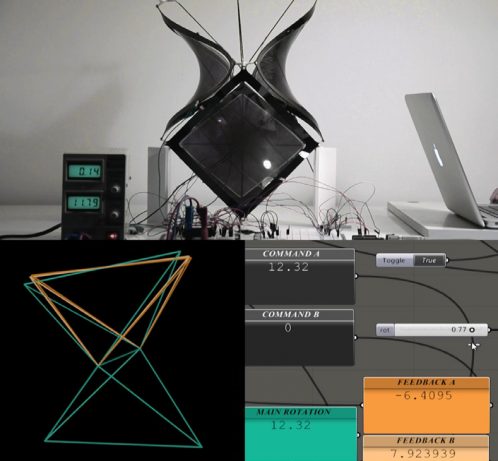