Understanding this project as a process itself from an existentialist perspective, Fn+2 = Fn +  Fn+1  is proposed as a case of study.

The starting point  is the Fibonacci series , one of the paradigms of the mathematics. The Research with Digital Project as 'Lingua Franca`  leads us to a three-dimensional interpretation of the mentioned series, Fibonacci´s spiral.

The points that are contained into the spiral multiply themselves creating a tree, in which every bifurcation turns into a knot. The  synapsis  provoked between them will induce us to a logical three-dimensional totally parametrized system..

This system, which has an autoamble or freestanding character at the same time, discovers certain qualities.  It can adapt all its characteristics, not being these determinants  of its form. Susceptible of change are Its brunches, the length of them, the quantity of knots contained in them and its interval amongst others.

If  the piece scale variability  is added on top , we obtain a polyvalent appliance with a great aptitude to cover diverse surfaces adding or diminishing its thickness. That makes this beautiful piece a  sexy structural strategy. 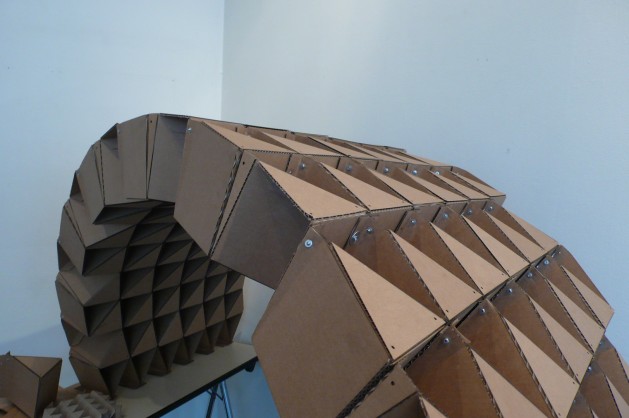 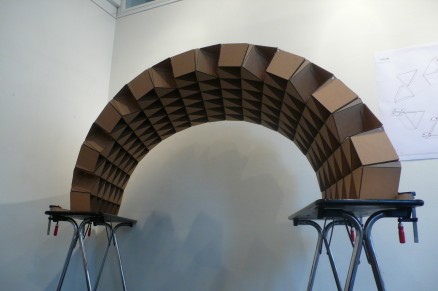 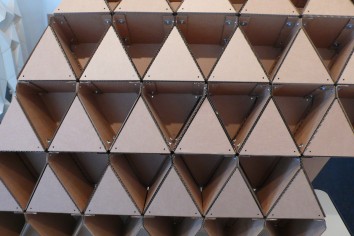 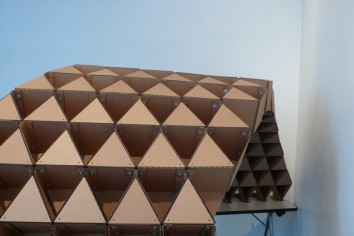 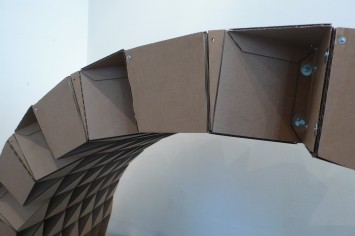